For those who need to capture footage of their bedroom or other areas of the home, a spy clock could be just what you need. In order to make sure that you receive the best spy clock possible for your needs, consider some of these features.

One of the reasons that many people have come to love spy clocks is because they offer total secrecy. Almost everyone has a clock in their house somewhere. Those who have alarm clocks typically have them in key places that you might want to record.

For parents, you might want to be able to keep an eye on the kids when they’re home alone. For employers, clocks can be a great way to monitor the behavior and actions of your employees.

No matter what you need to use it for, having a spycam in a clock is a great choice.

One feature that you should consider for your spy cam clock is if it is capable of connecting to the WIFI or not. This is important because it allows you to live-stream to your phone. Certain companies come with their own application that allows you to connect to your spy clock while it’s functioning.

Through that app, you can monitor the camera’s captured footage as it happens. You can also store recorded images or videos on your phone for review later as well. For those who need to know what is happening in their house at the same time rather than reviewing the footage later, your spy clock needs to be WIFI-enabled.

Because the clocks will also be monitoring the rooms in the dark, then you need to ensure that the spy clock has night vision properties. Otherwise, you’re not going to capture much of anything. There are quite a few different varieties of night vision, too.

You may find a spy clock that offers infrared vision during the night. Others might key-in on heat signatures. While other spy clocks may stick with the standard night vision lens. Whichever is the most helpful for your needs is something that you should have included in your spy clock.

Another important aspect of your spy clock is its quality. What good is a grainy picture or video? To ensure you don’t miss a single detail, you’ll want a spy clock that offers HD video and audio quality.

Any kind of graininess will disappear with this capability. You’ll also be able to pick up on the audio with crystal clear quality.

One feature that you may not have considered is if the clock, itself, is functional. For those who want to ensure that secrecy is guaranteed, then your clock needs to be functional. For an alarm clock, the numbers should change according to the actual time.

It should also actually play music or a tone when the alarm is set. Because of its functionality, no one will suspect that it’s actually a spy clock. Normal clocks without alarms should also still be able to record the time.

One last feature that you should consider for your spy clock is its ability to detect motion. Sometimes you don’t want to record an empty house. You only want to record when something is actually moving in the house.

That’s why you need a camera that has motion sensing. It starts recording the moment that the detector recognizes motion. This will save you memory on your camera’s SD card and time when it comes to reviewing the captured footage. 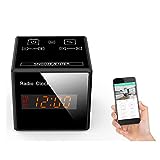 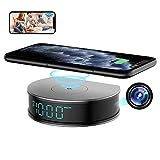 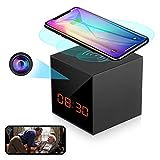 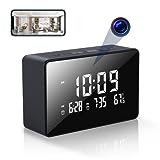 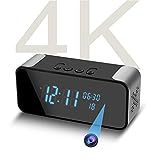 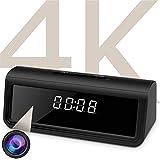 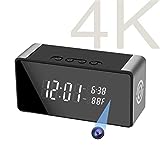 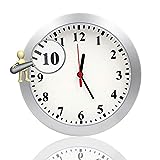 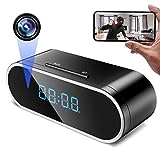